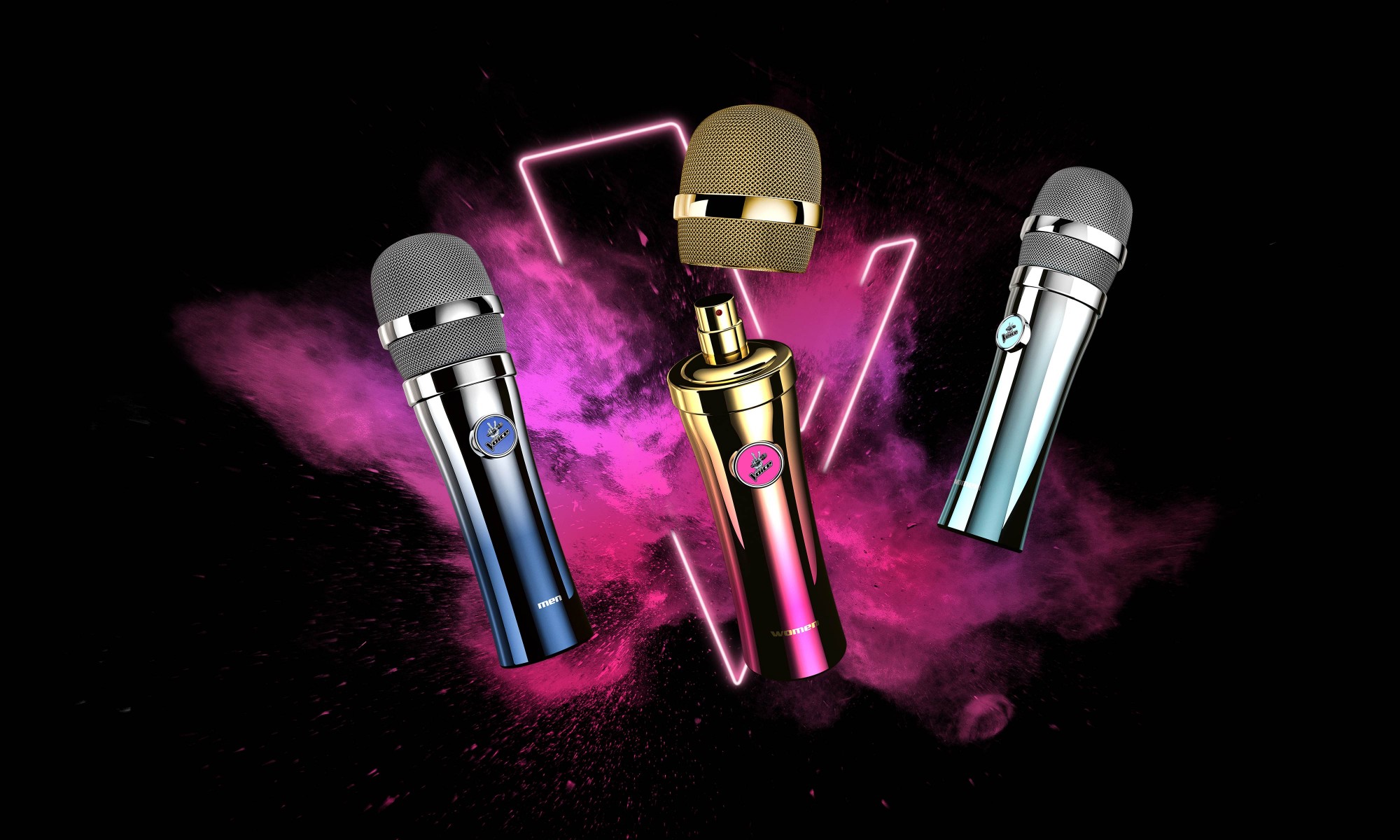 The Voice Perfume For Him and Her

The Voice, winner of the 2013 Prime Time Emmy Award for Outstanding Reality Competition Program, broadcast in 180 countries, has released its own fragrance: The Voice for Him and Her!

Every Fragrance also available in 20ml

It’s the purest vocal talent competition ever. In this innovative primetime vocal contest, looks don’t play a role. This show is all about real talent: it’s all about the voice! Four of the country’s top recording artists must select some of the nation’s most promising unknown vocalists to coach. But the selection process won’t be easy. Because the coaches must make their decisions based on the voice. And the voice alone.

With more than 500 million viewers around the world, The Voice is one of the most successful formats of our time. This groundbreaking vocal competition took The Netherlands by storm when it first premiered in September 2010. The show was such an instant success that it was quickly picked up by US network NBC. Over the past four years it’s continued to sell to numerous countries at record speed. Nowadays the Voice has more than 60 local versions airing in over 180 countries, it has won 3 Emmy awards, more than 13 billon views on YouTube, more than 65million likes on Facebook, and more than 14 million followers on Twitter.

After the ongoing worldwide success of The Voice, it’s time for the kids to show off their vocal talent. The Voice Kids features the same thrilling Blind Auditions and electrifying Battles. Except now the nation’s best young vocalists try to impress three of the country’s top recording artists! Although there will be one ultimate winner, the experience itself is already unforgettable.

JTG WWL S.à r.l. is part of JTG Group, a group of companies that is an independent wholesaler of premium brand perfumes, skin care and luxury cosmetics. The customer base consists mainly of large chains. Since its founding in 1997, the JTG group has become a prominent and well-known player in Europe. JTG WWL S.à r.l. is active not only in Europe but also in Asia, the America’s and Australia.

In 2011, HBO hit series ‘Sex and the City’ inspired a line of signature eau de perfumes and complementary body care products created by Givaudan under a licensing agreement between HBO and JTG. This collection was successfully manufactured and distributed worldwide. Due to the success of the Sex and the City range, JTG WWL S.à r.l. was able to obtain the perfume license from the HBO vampire hit series, ‘True Blood’. Similarly, the successful talent program ‘The Voice’ inspired JTG WWL S.à r.l. in 2014 to develop two microphone shaped fragrances in cooperation with the brand owner Talpa Global B.V.